DemoChimp sent a contingent of some of our most high powered executives and sales guys to participate in Dreamforce, the mega trade show sponsored by Salesforce and held in San Francisco October 13-16, 2014.  The show featured some big names in business, sales, marketing and technology, including Marc Benioff, Tony Prophet, Tony Robbins, Bruno Mars (okay not just business and sales…but music too). 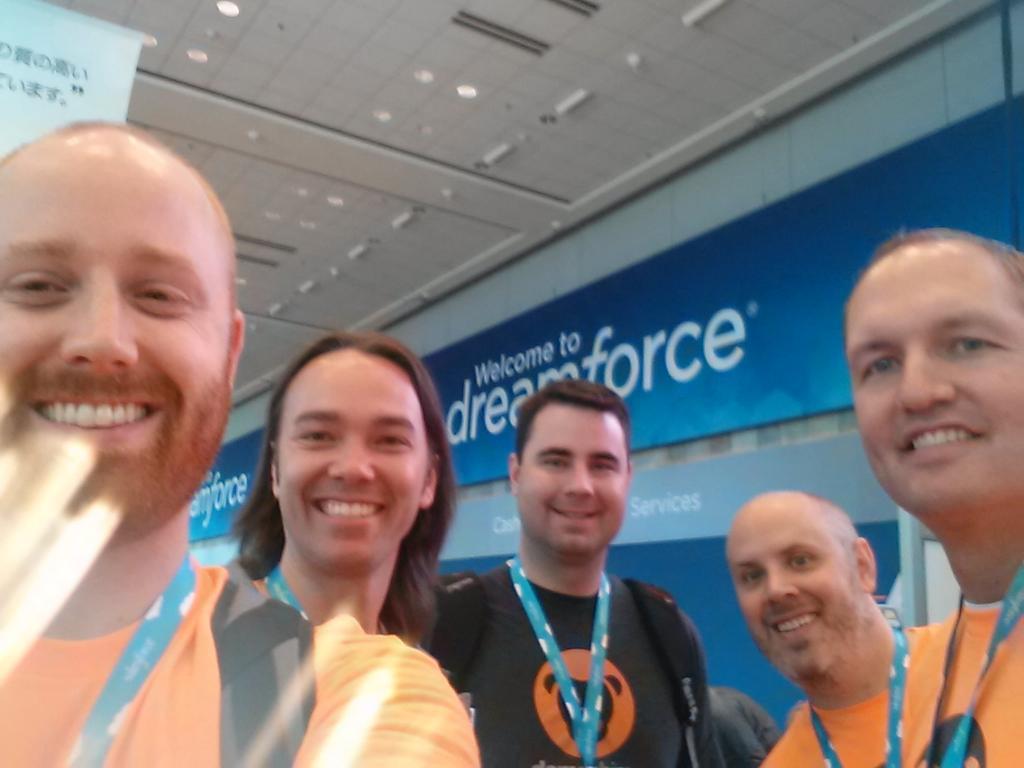 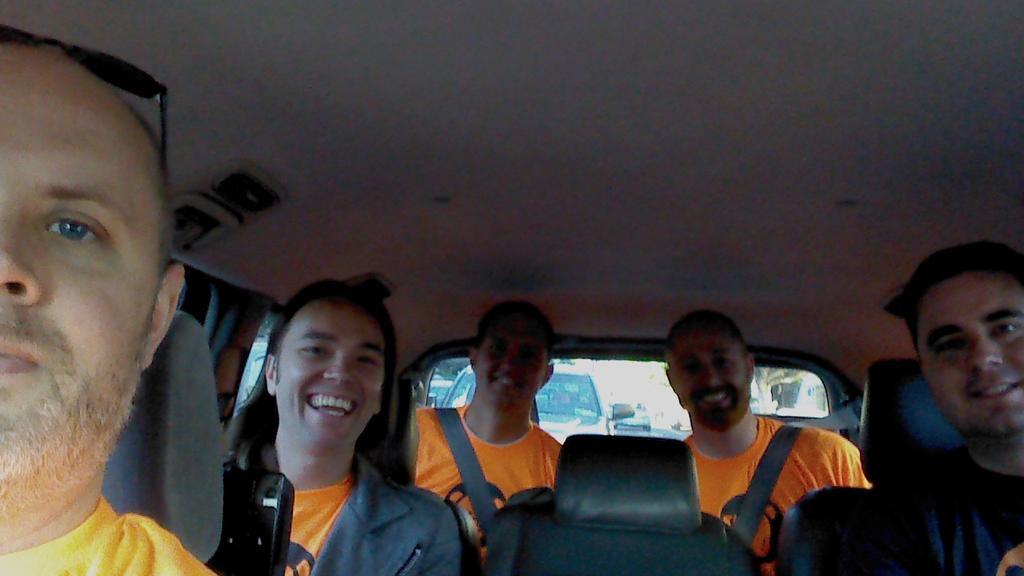 The DemoChimp team was (almost – c’mon Scott) all smiles on the way to the first day of Dreamforce. 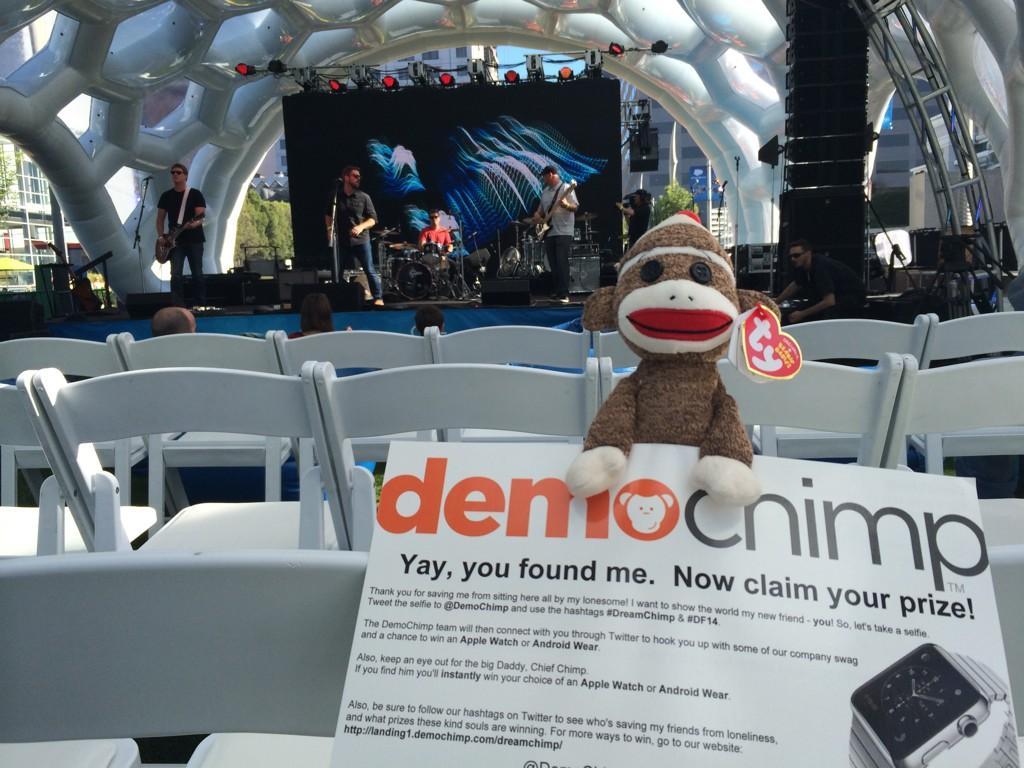 Our #DreamChimp campaign at Dreamforce made celebrities out of these sock monkeys, who carried around post cards explaining how Dreamforce attendees could win DemoChimp swag.  Our little DreamChimp helpers seemed to keep getting abducted.  Our guess is that conference-goers thought the monkeys would be better prizes than t-shirts. 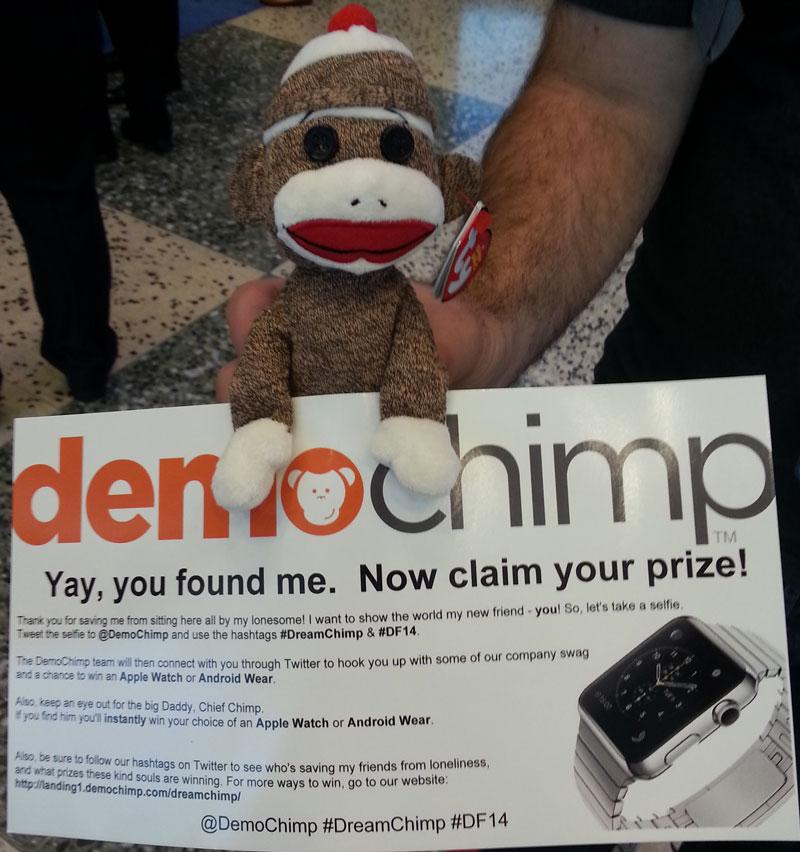 This is of our DreamChimp monkeys getting ready for the show.  He disappeared on the first day, never to be seen again by the DemoChimp team. 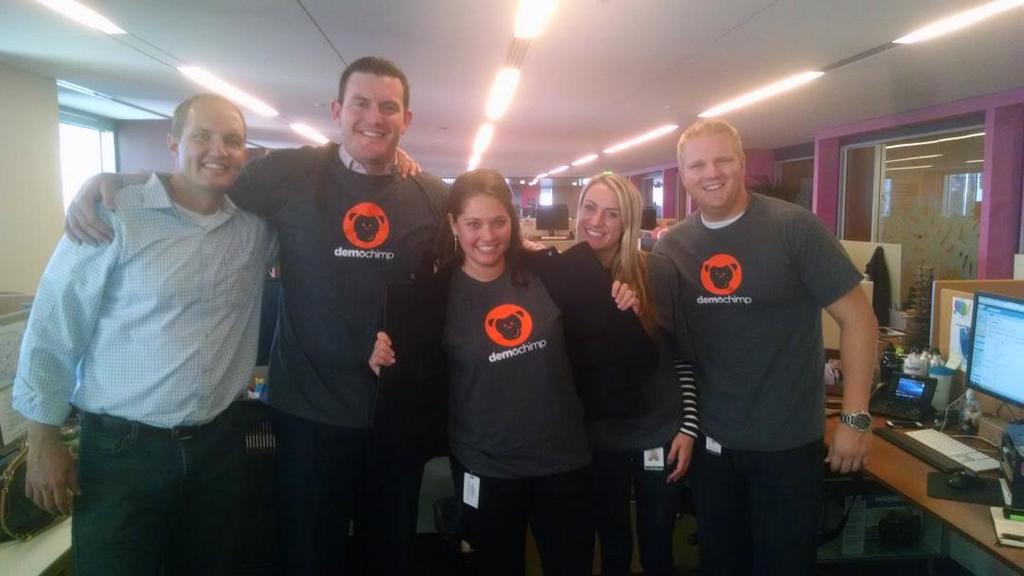 Garin Hess, DemoChimp CEO, took some time at the Dreamforce trade show to dress up some Salesforce reps in DemoChimp promotional t-shirts and get a quick camera shot. 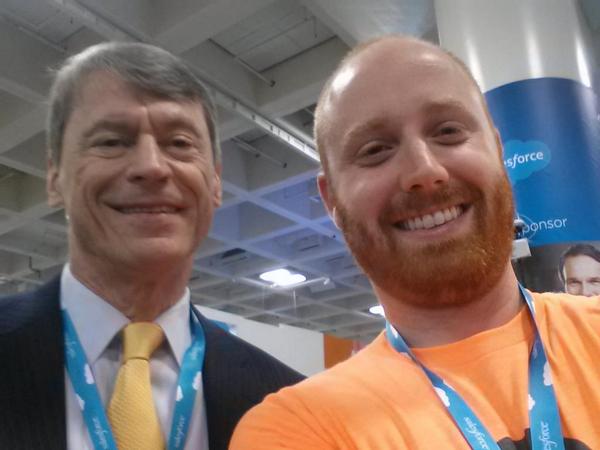 Matt Behrend, DemoChimp VP of Sales, had the opportunity at the Dreamforce trade show to meet up with sales guru Gerhard Gschwandtner, host of Sales 2.0 Conference. 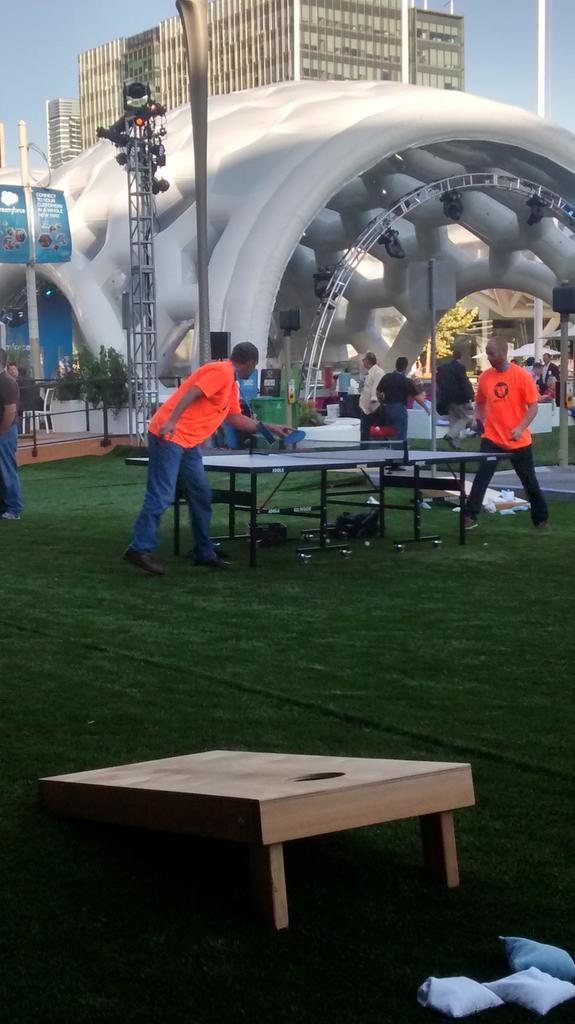 It wasn’t exactly all business at the Dreamforce show.  Garin Hess (DemoChimp CEO) and Matt Behrend (DemoChimp VP of Sales) took some time out for a game of ping pong.

“Who won?,” you might ask.  Based upon our ongoing company ladder, we’d have to guess that Matt took home the Dreamforce DemoChimp table tennis championship prize.

The DemoChimp team had a great time at Dreamforce networking with other business and sales professionals and industry thought leaders.  We look forward to being back next year.

Brett Sheppard Joins Consensus, the Leader in Demo Automation for Presales, as VP of Marketing