Your Body Language Shapes Who You Are — TED Talk 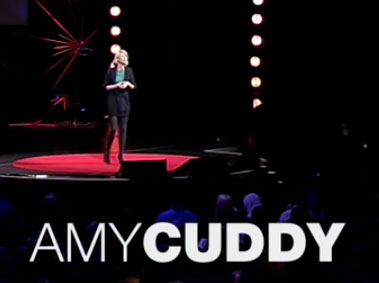 Before a big presentation or an important event, it’s common to check your posture in the mirror and make sure you’re presenting yourself in an appropriate manner. But how often do you check your self-presentation in daily, normal settings?

In a TED Talk given by social psychologist Amy Cuddy, she discusses how the everyday presentation of ourselves not only affects how others see and think of us, but how we see and think of ourselves. She specifically looks at power posing, which refers to body stances of confidence. Practicing these body stances can have the power to change your career and your life – as Amy says, “fake it ‘til you become it.” 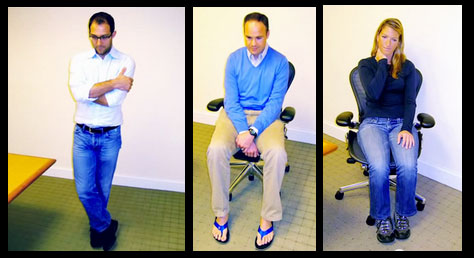 These are considered “low” because these people are literally shielding and protecting their own bodies with their arms, hands and legs. They are looking down and avoiding eye contact as well, which is a very submissive act both in our social world and the animal kingdom.

These are examples of “high” power poses:

These are considered “high” power poses because these people are making themselves appear bigger by spreading out limbs. They are also using direct eye contact and making themselves vulnerable by not relying on their arms, hands or legs to shield their bodies. Appearing vulnerable sends the message that they feel comfortable, relaxed and are not hiding anything.

SO HOW DO THESE POSES CHANGE HOW I VIEW MYSELF?

Let’s quickly jump back about 10,000 years. In the animal kingdom, during times of tension, new leaders had to take over to protect their pack or claim their territory. Research on the chemical makeup of these animals transitioning from members to leaders of the pack shows significant hormonal changes throughout the process. As these animals essentially entered “leader” mode, there was a big increase in testosterone levels and a decrease in cortisol levels.

This means your body has the ability to essentially trick your mind into feeling more powerful. Practicing “high” power poses naturally increases testosterone levels and lowers cortisol levels, in as short as two minutes. The goal is to fake it until you become it, because if you make yourself feel more powerful through power poses, you can truly believe and become more powerful.

So try exercising some power poses for a good five minutes before your next sales pitch, business meeting or product demo!

One great way to make your entire sales team much more powerful is to use the CONSENSUS™ intelligently automated product demo platform.

Take a look at how it works: 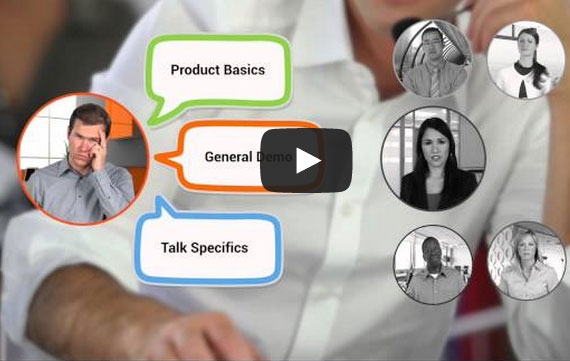 Brett Sheppard Joins Consensus, the Leader in Demo Automation for Presales, as VP of Marketing

Presales » Your Body Language Shapes Who You Are — TED Talk