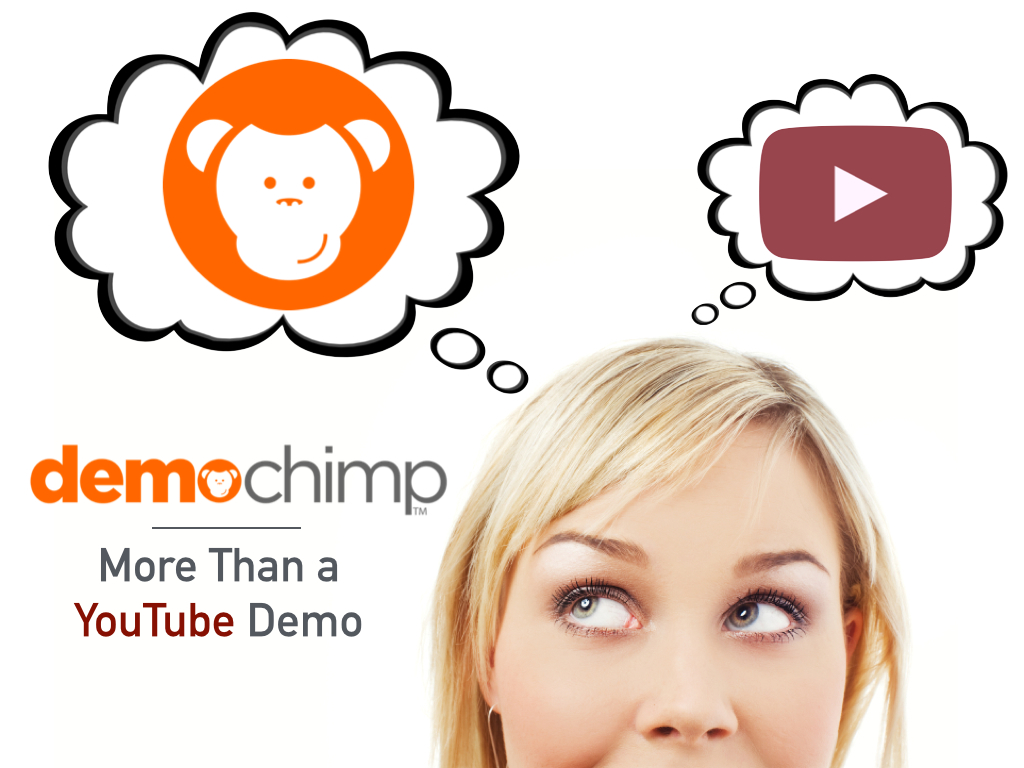 When it comes to sales and marketing videos, YouTube has become the go-to platform and the platform that all other ones are measured against. Why? Because YouTube is free, simple, and popular. When telling prospects about CONSENSUS, we hear a lot of: “why would I use CONSENSUS when I can use YouTube and get the same thing for free?” Simply put, you’re not getting the same thing. We’ve talked before about what demo automation is, but this post breaks down the factors that differentiate CONSENSUS from YouTube, and from any other video platform.

To make this more interesting, let’s use Joe the Salesman to tell our story.

Joe has been using his Youtube demo video for the past two years. The video has a few thousand views – besides that, he’s not sure how to measure how effective it is at converting prospects into leads, but he’s not too worried. He knows the demo is important, but he considers himself the “maker-or-breaker” of a deal – so the demo video is left on the back burner. This is how Joe’s experience could be infinitely better with CONSENSUS

YouTube: When Joe sends a link of his demo to a prospect, he has no way of knowing when they watched it – or if they did watch it. The number of YouTube views might go up, but he doesn’t know for sure who it came from.

CONSENSUS: With CONSENSUS, Joe emails the prospect a customized link that is unique to solely that prospect. Joe is notified by email the second that the prospect clicks on the link and starts watching the demo. This means that Joe can call the prospect right after they’re done watching – so it’s still fresh in their mind. Even more, he can gauge their interest by looking at the turn-around time from when he sent the video to when they watched it.

YouTube: Joe’s demo video is a “one size fits all” demo. The video can’t change and tailor itself to its audience. Joe doesn’t know this, but many prospects stop watching the video after 45 seconds because it starts to describe product features that are irrelevant to their needs. They don’t feel like sifting around the video to find that 30 second piece about the one feature they care about.

CONSENSUS: The CONSENSUS demo video gives a 30 second intro to all prospects and then allows them to interactively choose which benefits of the product they’re most interested in learning more about. This gives the prospect control over what they’re viewing, so it’s personalized to their unique needs. The result: a much more engaged viewer and a natural filter to suss out qualified leads.

See Who They’re Sharing It With

YouTube: When Joe emails the link of his demo, the prospect on the receiving end might be really interested and share the video with the rest of the buying panel. The buying panel members might have different interests or different concerns about the features of his product. But he won’t know any of that until their next conversation.

CONSENSUS: On top of seeing which features his prospect selected as important/unimportant and how much of each video section they watched, Joe can also see anyone that the prospect shared the video with. Even more, he can see what those people selected as important/unimportant and how long they watched each section. This gives Joe an incredible amount of insight into the buying panel; who they are, their individual levels of interest and concerns. It also helps him deem them a qualified lead and move them forward in the sales funnel; making a shorter sales cycle.

YouTube: Joe has access to analytics such as total estimated amount of minutes watched, demographics, playback locations, audience retention – those are all good things. But general overview analytics won’t give him enough information to tailor each presentation to each prospect. For example, one prospect might click on the demo video and realize it’s a completely different product than they thought – so they quickly exit out. A different prospect might click on the video and find the product so great, they watch the whole video. What Joe sees is analytics that find the “average” between those two views – which makes him think the video is being pretty successful. But the reality is that he’s losing half his audience because his video is misleading.

CONSENSUS: CONSENSUS takes the opposite approach to analytics. On top of providing general overview analytics, it dives into the nitty-gritty specifics of each prospect’s experience with the demo video. Joe can build a profile of each prospect, which allows him to better prepare himself and interact with them. His conversations with prospects start later and later in the sales cycle. Conversations are more in-depth and productive, rather than introductory and drawn-out. Joe can see that half his prospects stop watching the 30 second introduction piece of his video, so he knows he needs to remake it.

CONSENSUS: If a prospect selects a feature as “Somewhat Important”, they’re going to be shown a brief video on that feature and a related document that they can download (and Joe can have them fill out a lead capture form before downloading – turning them into a lead).

YouTube: Joe can’t add a call-to-action (CTA) to his demo video. The best he can do is add a link to his website on his YouTube profile and in the description of the video. Even then, it doesn’t look too chic. If prospects have made it through the whole video, he should have a direct and easy way for them to continue learning more. The hope is to convert them into a lead.

CONSENSUS: Joe not only has a CTA in his demo video, but he can choose when it pops up in the video. And of course, he can customize the form to collect the data that’s most important to him. If he wants to really flush out unqualified leads, he can put the form at the very beginning of the demo so it requires prospects to fill out their information before they even see his video. Or he can put it after the introduction, but before prospects select the features that interest them. The most common choice is to put the form at the end of the video, which gives interested prospects a gentle nudge.

CONSENSUS and YouTube are both great platforms for videos. YouTube wasn’t designed to be used for sales and marketing purposes; CONSENSUS was. If your needs revolve around better educating prospects, learning about their needs, turning them into qualified leads, and ultimately increasing sales productivity, try CONSENSUS.

How others use Consensus: