4 Things I Learned from My Mistakes at Zinch

It was an interesting time for me when we sold a company I co-founded called Zinch.

For the previous few weeks we’d been in talks with Khosla Ventures for what I think was a fifteen-million-dollar round to further grow our business. We’d raised eight million to that point, and then we had an offer to be acquired. We went back and forth for a while, but then we made the decision to sell and I remember when the call came in that it was final.

I hung up the phone and burst into tears. I don’t know exactly what to attribute this emotion to, but I do think part of it was having the mistakes I’d made along the way wash over me. I’m the kind of guy who remembers the twenty shots he missed—not the ten he made. For whatever reason, at that point I was thinking not about all the things I’d done right, but what I could’ve changed.

With that in mind, here are four insights I gleaned from the failures and mistakes I’d made up until that time at Zinch:

In the early days of the company, the moment someone failed, I would immediately come in and personally course correct. Or worse, I’d tell the person who had failed to step aside so I could take care of it myself. 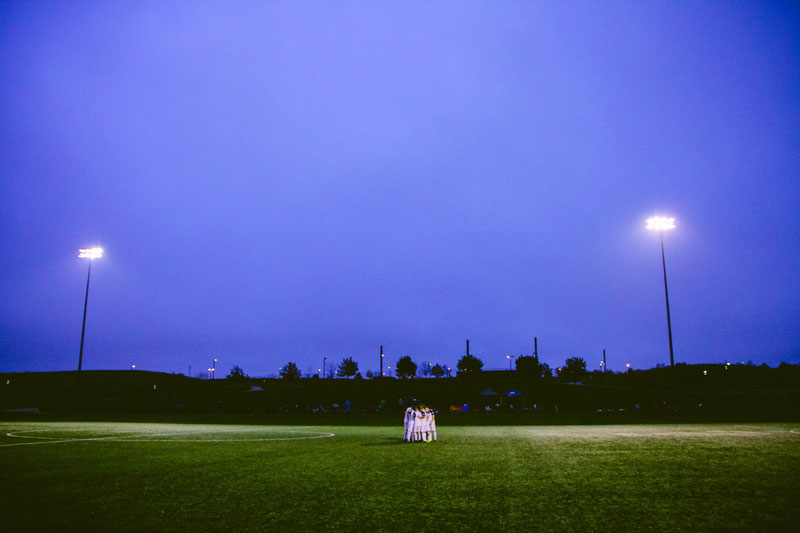 I’d call it micromanaging. In some ways it was a drive for perfection. What that really meant in practice was that, if it wasn’t perfect, I’d be the one trying to fix it. This backfired quickly. Micromanagement isn’t scalable because I’d be the one doing everything. And when you strip people of their ability to fail, they never really reach their full potential as individual contributors to the team.

What’s much more valuable is creating an environment where it’s okay for people to fail. You want people to offer constructive criticism on others’ work. You want mistakes to be controlled, but allowed. And as a manager, rather than doing what I did and just doing the work myself when something went south, you need to take time both up-front, and after a mistake. When you take the time to train and vet people, you prepare them for the mistakes they’ll inevitably make. And when you have open conversations about how and why to fix something following a mistake, you create a learning experience and lessen the chances of that same mistake happening again.

It’s absolutely essential that you trust your team. If you don’t trust them, you can never have an environment where failure and feedback are encouraged. But remember: that’s what your team is there for. They may make mistakes, but it’s impossible for you to do everything. The best thing you can do is put good people in place and teach them how to overcome mistakes on their own. Try to do it all yourself and you’ll quickly find yourself in a lot of trouble.

When I was first getting into my startup, I had countless people tell me that I needed to find more senior people. I never really understood the term “seniority,” but I often took it to mean older, experienced people you had to talk to in person. What I found over time is that the term can kind of enshroud a mediocre person. Everybody in the first three years of the business we hired who was “senior” was—with one exception—a total failure.

It seems counter intuitive, but what people have done in the past isn’t always a great indicator of how they’ll perform in the future. We often based our hiring decisions on what someone had accomplished in the past, but it’s important to make sure you understand how they achieved those results. Was it really just that person who accomplished everything they listed? Was it their team? It’s hard to tell.

We’d have senior people come in and immediately want to build teams, but often they were unable to execute on the individual level. Being able to contribute individually is essential. In that sense it was a misalignment of expectations. Their assumption was that they’d come in and build a team immediately. Our assumption was, no, you’re going to figure it out yourself for a while and prove that the revenue’s there—that you actually need a team.

This happened in sales, as well. I’ve been disappointed in the past by what outside sales teams could do. It’s not that they weren’t slick or sharp, or didn’t have a huge network of people. You’re just never going to find a team outside of your own that’s going to work as hard for your company. No one will ever believe in or see the vision and sell hard on your product as well as your team.

Many entrepreneurs and business owners think that they can just hire out their big problems, whether that’s hiring senior people to fill huge roles, or hiring outside sales teams to blow up their company. But in my experience, developing internal competencies is much more essential. Yes, sometimes those senior people pay off—but for us, that was the exception and not the rule. Focusing on the team around you that you’ve invested so much in is a much better way to catalyze growth.

After we’d raised our Series A funding and begun figuring out the unit economics of our business, we realized we had an opportunity to take the business to China. I went out there and about five months into it, we were already fifteen or sixteen people strong. Then it all came grinding to a halt. 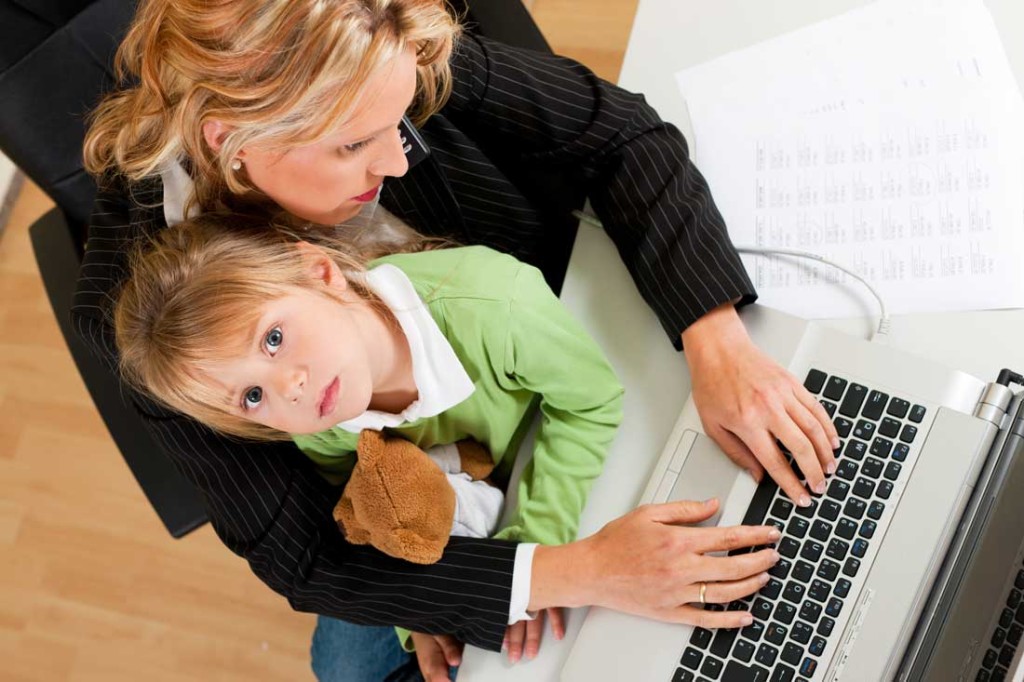 I had two kids at the time and had a third on the way. We did all the regular checkups back in Utah before heading to China, and at that point everything looked great. When she was born, though, she had a major medical condition—a cyst around her neck. The doctors in China weren’t quite sure what to think of it, so they sent her back to the States.

My wife went, too, and all I could think about was how they’d come back days later, all better. Then I got a call saying that they were going to give my daughter an emergency tracheostomy, or otherwise risk heart failure. At that point I went into what I called good soldier mode. I stuck to my routine. I figured that was the right thing to do. It all made sense. I was in China for my business, my business provided for my family—what else could I have done?

This turned into a nightmare. One morning on my commute I had to walk across the street with my daughter. Crossing the street in China isn’t like crossing a crosswalk here. It’s more like going across I-15. It’s a real ordeal with lots of cars that might hit you. As we were going out the door I remember that my daughter was walking slowly. I’m not too physical with my kids but I spanked my daughter pretty hard. That was out of the ordinary. When we got into the elevator, she looked at me—she was five at the time—and said, “That’s not how daddies are supposed to treat their daughters, right?”

That’s when I realized my mind wasn’t right. I had built a tremendous team for a reason. They were smarter than me—the type of people who can take an idea and run with it. That’s what they’re there for. They can take a load off in those times of need. Your mind has to be right for your business, and putting business ahead of everything is just not the best thing to do. My mind was clearly not in the right place at that point in time.

The reality is, if you have people beyond you in your life—which you do, by virtue of at least the people who gave birth to you and raised you, plus any siblings or friends—then you’re probably going to have something semi-catastrophic happen to you or someone you love at some point in your life. You need to diagnose the right response in the moment. You need to segment your time and get your mind in the right place. You may need to remove yourself from your business for a month to take care of the people who matter most to you in your life and get yourself back in a good position to contribute to your business. If that’s what it takes, do it.

We all applaud the speaker who pounds the pulpit or gets intense or goes on a tirade, but there’s a difference between speaking to a broad audience and singling someone out in a heated interaction. Throwing in personal attacks when you’re upset and talking directly to someone disrupts something really critical in business: trust. 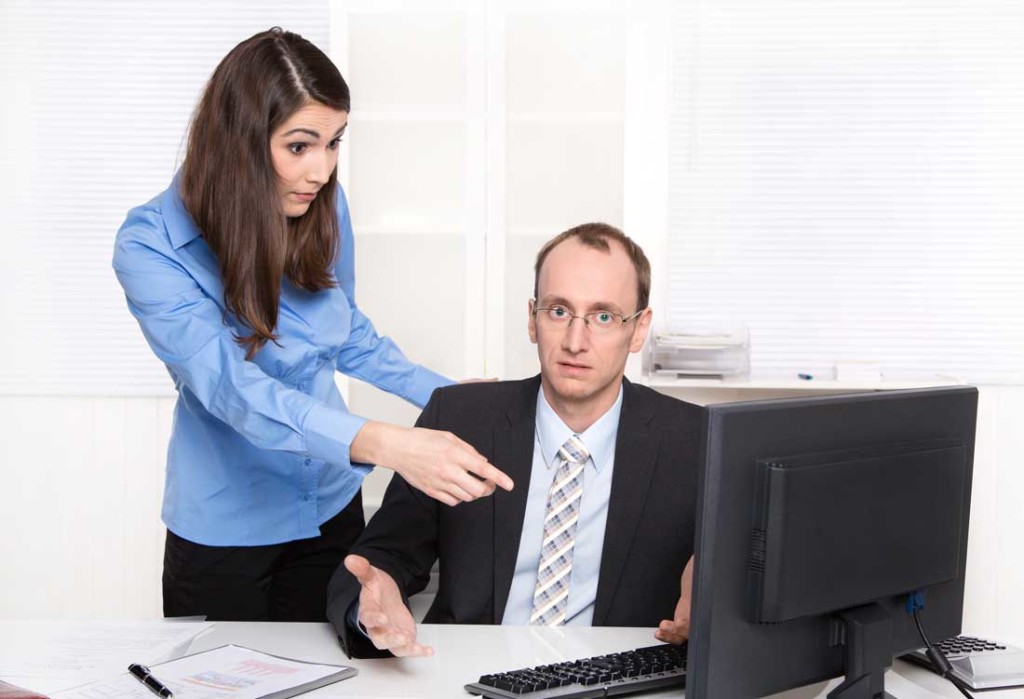 I can recall sending about a dozen angry emails in my career. You know the kind—when you’re not in the right mindset and just seeing red. I regret every one of them. Fortunately, as my mom says, I’m a good apologizer, but it’s much better to never have anything to apologize for in the first place.

To combat this, I have thirty or so big, long, emotion-filled emails that I look at and think, “Wow—who was that psycho who wrote that?” The funny part is that the psycho who wrote those emails was me. I keep a folder full of drafts I never sent during those times I was seeing red. When I’m really upset, it’s cathartic for me to write out the highs and the lows and the call-outs that come along with working at a startup. When I’m feeling heated and can tell I’m not in the right frame of mind, I just write.

Communicating while angry gets you nowhere. In most cases it will set you back. Find a cathartic activity you can resort to in those moments of overwhelming emotion.

Sid Krommenhoek co-founded Zinch, leading the company from concept, to acquisition (by Chegg), to IPO. He is currently a Managing Partner at Peak Ventures. Presales » 4 Things I Learned from My Mistakes at Zinch